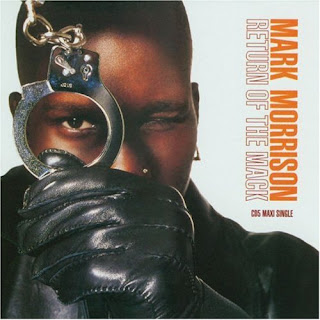 It's been a long time coming. Sorry about the lack of action on here. It is mostly due to time constraints, laziness and moving to Bristol. I have been busy though. I do a monthly round-up for Hyponik as well as interviews with people like Tom Kerridge (Ramp records boss) and the mighty Mosca. Expect more Domestic Dust pieces on people like Taz Buckfaster, Prize Pets and Minus' Marc Houle. I'm also working on an (epic) article for Juke magazine, and for their first edition I did a piece on daggering.

As I missed all the (inane) best of lists for 2010 I thought I'd give you what I thought was the best bits in a simple You Tube top ten clipboard (after the jump).

Labels: Apologies, back to the future, return


Listenin' To The Records On My Wall

Skream is back. Not that he really went away. Loving his new stuff and videos.
This one was created by the eccentric but brilliant David Wilson. Still trying to figure out if this is completely serious. It is.

Will went down to Cocoon and had a right ball by the sounds of things. Here is his review and underneath it is a slightly more gonzo take from a special guest reviewer who shall remain anonymous, for now...

This piece was originally intended to be a quick interview with Ricardo Villalobos to talk politics, analogue recording and jazz. Fortunately for him this didn’t happen so instead is an open love letter to him and his exploration of techno, house and bass in a field, at a stately home, in Leeds…

Apologies for the gushing tone, and I’m sure you don’t need telling/reminding, but he is that good. Bass lines where you thought would not fit and patience - afforded by the nearly 4 hour set - that might normally be dismissed as boring by your average pill-headed punter made for the perfect late afternoon set. Before I embarrass myself any further and mention how impressed I was with his outfit’s colour co-ordination (nice blue/green) or his proud peacockery or something I will mention the rest of the day… which was sort of great, obviously weather and drugs help at these kind of things but now in its second year I think Cocoon in the Park is the obvious festival choice for the more discerning techno/house fan. 1 stage, 4 DJs and a bit of stage production is all it needs. No unnecessary stalls, fairground rides and other sundries that would only distract.

Love to Adam Shelton, Loco Dice and Sven Väth – so German in the best possible way - who played too. Techyes!


It was a warm summer’s day in the stately home of Temple Newsome in Leeds where 6 men were set to storm the Leeds crowd with Flumping German Techno.

At approximately 4pm a spectacle arrived. Ricardo Villalobos walked into Cocoon in the Park just a man. He came and stormed the crowed with his Gigantic Techno weapon, a large sprinkling of bass and wowed the dancing crowd. It is heard that when he left he became a living legend and will go down in Techno history, a fine example of how to rip the ears out of the hot club dancers and divas.

Then he came, the man himself, Sven Vath. Chucking out crowd pleasers and crowd weepers he ruled the stage. With his dashing blond hair and vest he closed the night off with a stunning 4 hour set. As the night fell and lights flashed the night came to a close with a bang.

It was over, tears in the fans eyes and the fear that Techno is well and truly at its best. It was a moment that will stay with us forever. Sven you are the L'Ultimo.

Cocoon in the Park

This weekend sees one of the most interesting one day music events kick off in Leeds. Frankfurt's own mega night Cocoon graces Leeds with Cocoon in the Park and brings the likes of Ricardo Villalobos, Sven Vath and Loco Dice to play some minimal and Berghain for the masses. It's happening at Temple Newsom this Saturday (July 10th) and finishes around 11, watch out for the afterparties too.

DD will be at the event and even gets to interview Ricardo Villalobos, which isn't too shabby. At £40 it's a steal and the DD crew can't wait. See you down there with bells on.

It aint gonna be the same...

It really isn't. RIP LCD. Not a lot of bands have produced freshness like this in recent years.
Posted by Lanre at Monday, June 28, 2010 No comments:

Controversy has to be one of the most important pop songs of the 80s. Truly seminal, it set a blueprint for not only dance-based pop in that decade but for the more interesting side of house music in the 1990s and beyond. One look at the live version at Bloomington and anyone who went to the Daft Punk Alive tours in 2007 can see exactly where they got their inspiration.

Lyrically it brought a serious edge to what could have been a tongue-in-cheek, self-referential record. "Some people want to die, so they can be free" is juxtaposed with "Some people call me rude, I wish we all were nude, I wish there was no black and white, I wish there was no rules". Yes, it is slightly ridiculous but it sought to speak to all those teenagers finding themselves and dealing with not fitting into society's or their own family's expectations.

The move from the driving 4/4 beat into the chorus is magical, and comes from nowhere - resetting people's assumption of what could be achieved with dance music. Unlike the 4/4 driving tunes that Talking Heads were producing at the same time, Prince managed to marry the danceability of house/disco with killer hooks and populist choruses.

The disco revival of 2008 gave the song another audience, with younger DJs and artists, like Holy Ghost putting it into mixes alongside tracks by artists such as Hercules and the Love Affair.


Holy Ghost! - I will come back

And even less obvious artists like Minus' Jesse Heartthrob have spoken about the influence that Prince, and specifically Controversy, had on their musical development.

Controversy might have seemed like an obvious song title and topic for Prince to have opted for, but he managed to deliver something that was so much more than simply a headline-grabbing slab of forgettable pop.
Posted by Lanre at Sunday, June 27, 2010 No comments: 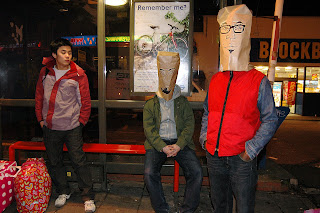 I'm predicting jungle is going to come back in a big way during 2011. I've said it.
I am basing this completely on the fact that Kode 9 put together a jungle-inspired mix for Fact recently and that drum and bass has been so dire for the past decade.

Dance music )and music in general) moves in cyclical phases and now seems to be the ideal time for jungle to comeback. Of course, people like DJ C, Dj/Rupture and Kid 606 have been keeping up the darker riddims - but the mid-range frequencies that inspired dubstep produces to focus on actual bass, have dominated d'n'b.

If it does comeback around it'll be interesting to see how Radio One will deal with it. By playing d'n'b consistently on peak time shows, djs like Zane Lowe, have encouraged the radio-friendly tunes that producers like Pendulum and Sub Focus create and the kids like so much.

Yes, they have brought the scene into the mainstream, but it has also stopped producers trying to do anything interesting.

Kode 9 digs out the best of now, with older tracks like Soundman & Don Lloyde ft. Elizabeth Troy's 'Greater Love' showing young producers how to bridge the gap between jungle and the jazzy/broken beat influenced tunes that people like Joy Orbison and Actress are creating.

I've got my head straight and my shit together

How can you not love Minor Threat? Ian MacKaye is awesome.

This is the day

This was the last piece of music on the disappointing adaptation of Martin Amis' Money. Pretty awesome.
Posted by Lanre at Monday, May 31, 2010 No comments:

Check out some stuff I've done for Vice magazine

Here's something I did for the Guardian online